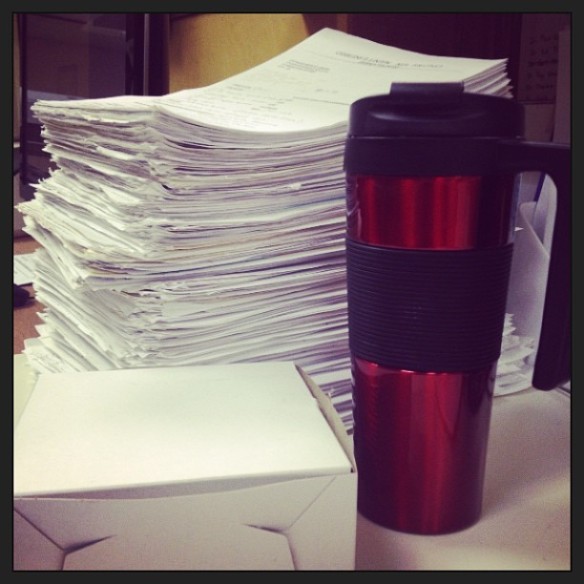 Almost everyone I know has a to-do list. Think about yours. It could be on a piece of paper, scrunched in a corner of your daily agenda, or neatly outlined on your Smartphone. Maybe it’s just in your head as you scramble to get out the door to do your errands.

No matter what form, we all have our ways of prioritizing all of the things we need to do in order to keep our businesses, homes or lives in order.

Now I want you to think about your list. If you’re like most people, your list is probably a mile long. You’re bound to forget one of those things, or worse: you might put it off.

Thought about that list? Great. Now ask yourself, what’s the one thing that’s been on here forever? What do I just keep forgetting? What to-do just seems to keep on slipping through the slats? You might have to dig a little deeper to think of that one thing but once you have it, grab onto it mentally and don’t let go.

Is this an exercise in procrastination? (No. I was going to write a post about that but I think I’ll just do it later.) It’s actually proof of something that I’ve only learned very recently.

Now don’t immediately start composing that nasty email to me, because to-do lists have helped out a ton of people, myself included. But all too often we fall into the trap of using a to-do list as a brain dump. We write down every single little thing we’ve ever thought of doing ever, instead of just keeping it short, sweet and limited to a certain category of things.

People familiar with the practice of GTD (Getting Things Done) will remember how creator David Allen suggests organizing several to-do lists in order of context.

I have to admit that had been something that has helped me tremendously. My lists are shorter and I am much more selective about each of the items that go on each list.

This doesn’t mean you have to become a hardcore GTD convert in order to gain something from this practice. The next time you write down a to-do list for all of the errands you need to run on Saturday morning, limit the things you need to do to just that Saturday morning. If it’s not an errand, don’t add it to the list. If you do, you run the risk of losing your memory’s grip on that item and the task will never be completed. Not much of a to-do list, right?

It may seem like common sense, but you’d never include items to pick up at the grocery store on a list of things to do to clean your garage. So why would you do any of that to your to-do lists?

Try at least grouping your to-dos into like categories. You may even want to try separating those to-do lists by context, rooms in your house, or by home improvement projects. Whatever floats your boat!

Who knows? You might actually end up getting some of those nasty tasks crossed off.

How many items do you have on your to-do list? I’d love to hear about yours as well. Drop me a line at keepingbusyb@gmail.com or comment below. Together let’s get them done! Looking for other projects to keep you busy? I’ve been sharing all of mine here.